Case: A 10-month-old male infant presents to the emergency department (ED) with a low-grade fever, rhinorrhea and reduced feeding during the last two days. On exam, you notice increased work of breathing, nasal flaring, grunting with subcostal and intercostal retractions. He’s breathing at a rate of 75 per minute with oxygen saturations of 86% on room air. You make a clinical diagnosis of severe bronchiolitis. You start with low-flow O2 therapy but there is no clinical improvement. You discuss with the family the possibility that the child may need to be admitted in the pediatric intensive care unit (PICU) and require escalation of respiratory support with another modality of non-invasive ventilation. Parents look worried and ask you what kind of non-invasive support are you planning to start?

Background: The use of High-Flow Nasal Cannula (HFNC) has increased in both PICU and in the Pediatric ED, especially for infants presenting acutely ill with respiratory distress requiring non-invasive ventilation (NIV). Despite the rise in popularity, there is a lack of high-quality evidence surrounding the use of high flow nasal cannula.

The SGEM covered the use of high flow nasal oxygen for bronchiolitis with Dr. Ben Lawton on SGEM #228.

The bottom line for that episode was:

“High flow oxygen therapy is not required for every child in hospital with bronchiolitis. It will continue to have a role in supporting those with more severe disease, but the potential benefits and harms will need to be considered within the context of where it is being used.”

There are a few proposed mechanisms for HFNC:

However, data regarding the clinical effectiveness of HFNC compared to continuous positive airway pressure (CPAP) is limited.

In 2018, Ramnarayan et al. performed a multicentre pilot randomised controlled trial of HFNC vs CPAP in paediatric critical care that confirmed the feasibility of performing a large multicenter trial on HFNC vs CPAP in PICU [7].

We’re focusing on the Step-Up RCT for today’s episode.

Key Result: There were no statistical differences between the HFNC and CPAP groups with regards to time from randomization to liberation from respiratory support.

However, it leaves much more (appropriate) flexibility on behalf of the clinician as to what modality of NIV to use. For example, a patient for whom we may want to optimize preload, we may prefer a modality that avoids excessive positive pressure, leading to decrease systemic venous return. Disclaimer: I am skeptical of the ability for HFNC to deliver consistent PEEP especially in children, given that it is an open system, variability to size of cannula and nares, and little control over whether a pediatric patient keeps their mouth open or closed.[8]

This led to two groups being finally more similar than expected (since only 25% of initial CPAP and 50% of initial HFNC groups were receiving allocated treatment 24 hours post starting support). This could lessen any potential differences between HFNC and CPAP.

This was an unblinded study, but investigators did take steps to attempt to reduce bias. One of the things they did was establish standard criteria and algorithms for initiation and weaning of HFNC and CPAP. Per the algorithm, a clinician should consider weaning support if FiO2 ≤0.4 and respiratory distress is not severe. The second part of this is rather subjective and it calls for weaning the flow by 50%.

There may be some clinicians who would be hesitant to wean the flow by dropping it by 50%. It might feel a bit aggressive to go from a flow of 40L immediately down to 20L. Some patients may not tolerate it either, leading to a more treatment failures, escalation, or hesitancy to wean.

Comment on Authors’ Conclusion Compared to SGEM Conclusion:  HFNC may be non-inferior to CPAP with regards to time to liberation from respiratory support compared to CPAP, with shorter critical care and acute hospital stay and less sedation use. However, limitations of the study should be considered when interpreting the results.

SGEM Bottom Line: In acutely ill pediatric patients requiring non-invasive respiratory support, HFNC or CPAP may be considered depending on the patient’s presenting condition and pathophysiology.

Case Resolution: You inform the parents that there are different types of non-invasive respiratory support currently available in PICU but your institution commonly uses HFNC and CPAP. Both may be appropriate, but HFNC may be more comfortable in comparison to CPAP. Parents are happy to start with HFNC and the patient is transferred to the PICU for further care.

Clinical Application: In acutely ill pediatric patients requiring non-invasive respiratory support, you may consider either HFNC and CPAP. Use clinical judgement in determining the most appropriate modality of non-invasive ventilation based upon the patient’s presenting condition and pathophysiology. We are looking forward to future multi-national RCTs to potentially identify sub-groups that could be benefited by either mode of therapy.

What Do I Tell the Parents?  Your child has a condition called bronchiolitis and is working very hard to breath. You can see him breathing very fast and using extra muscles to help him breath. I would like to start him on some respiratory support. We have the option of using something call HFNC or CPAP. Both may be helpful, but HFNC might be a bit more comfortable. Let’s start with that and have him stay in the PICU for close monitoring. 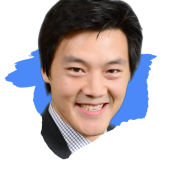 Dennis is a pediatric emergency medicine physician and strong believer in the power of FOAMed and EBM to improve care of pediatric patients.

SGEM#272: Take the Money and Run without Getting a CT

SGEM#302: We Didn’t Start the Fire but Can Antacid Monotherapy Stop the Fire?